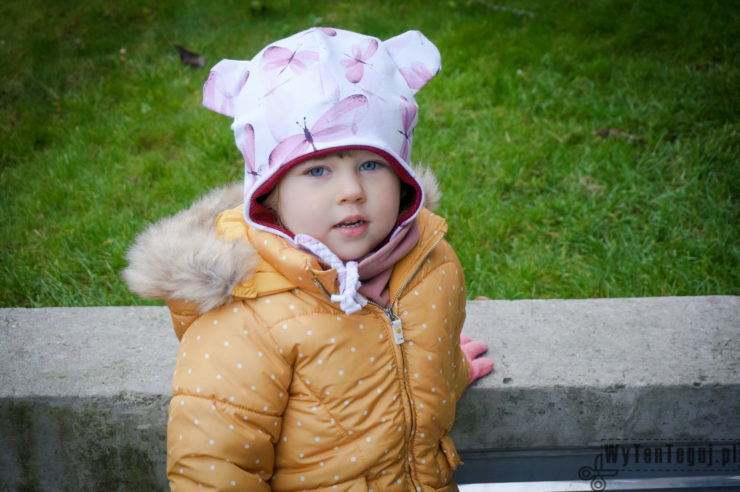 A beautiful hat is an esential element of a winter outfit. Similarly to last year, I spend some time to sew a warm, “breathable” winter hat for my Wiktoria. Unfortunately, most hats that you can buy in shops are made made of polar fleece, which causes the baby’s head overheating. I have already written about it almost year ago. There you will also find a free sewing pattern and step-by-step tutorial how to make a similar winter hat.

This time I used a different pattern, which I created by myself. In spite of appearances, it wasn’t so difficult 😉

More information about the types of fabrics used by me and online shops I recommend the most you can find here.

I encourage you to visit one of the best sewing Facebook group SZYCIE-WYKROJE-DIY (unfortunately for polish speaking readers). This is a mine of knowledge about sewing and you can ask questions and get help from more advanced in sewing.

Before you start sewing, read the box below. I made a notes about what I would change sewing this hat again.

Free sewing pattern made by yourself based on the tips from this site. Particular measurements are given for the hat suitable for a child with head circumference about 51 cm.